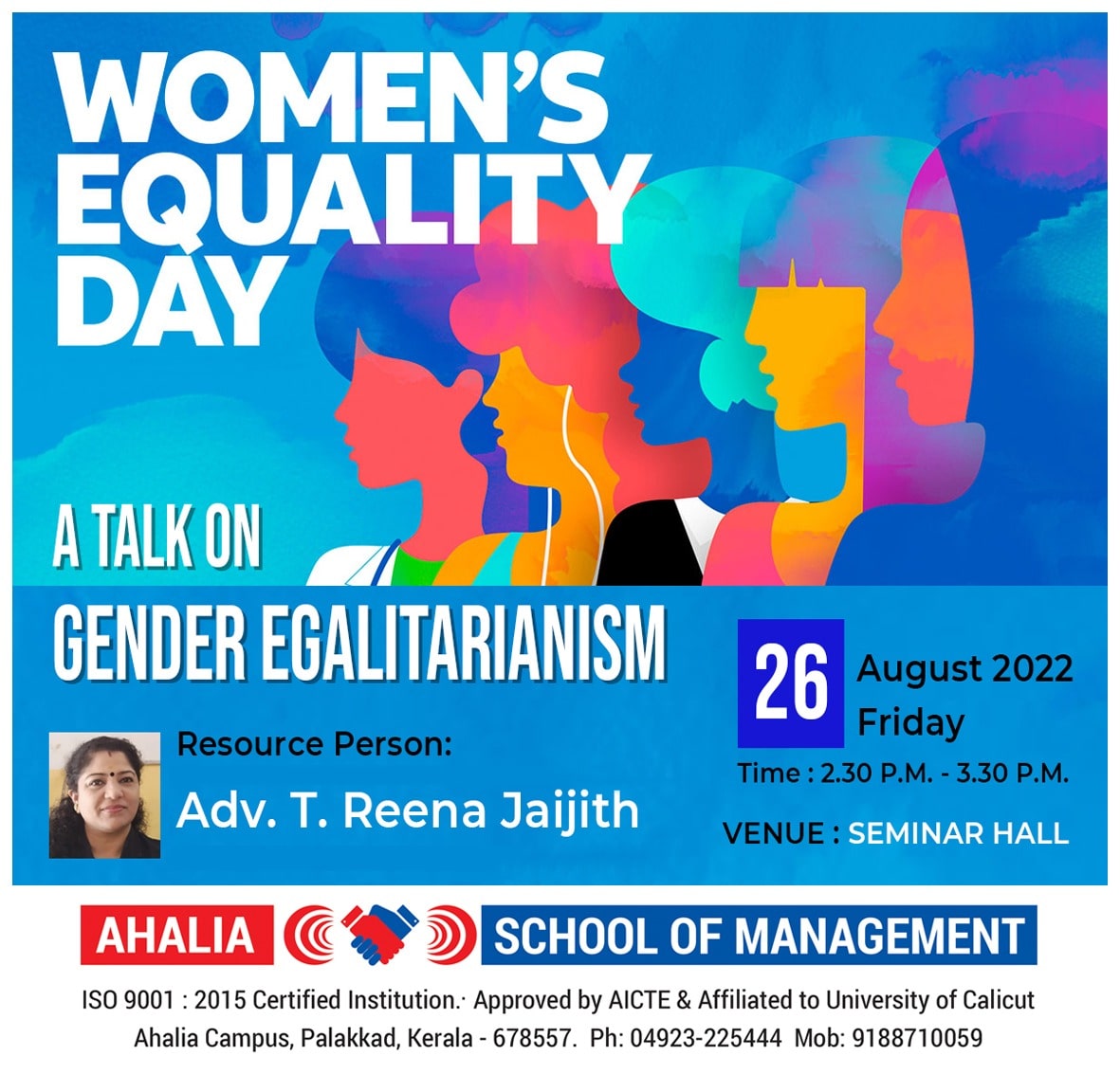 A talk on Gender Egalitarianism started at 2.30 pm on 26 August 2022 at ASM seminar hall with a welcome speech by Sarath Sankar, first year MBA and followed by the presidential address by Prof. Dr. B. Vijayachandran Pillai. There after Sona Saji, first year MBA, introduced about the chief guest Adv. T. Reena Jaijith, practicing lawyer in district court at Palakkad for 24 years and also appointed as the Mediator advocate by Kerala State Mediation Conciliation Centre, High Court of Kerala. She mentioned about the inequality in the society, dowry system, domination by men, issues faced by married women with real case examples she dealt with the court. Finally she concluded that everyone should follow gender equality because everyone is treated as equal in front of law. Thereafter Principal and Director Prof. Dr. B. Vijayachandran Pillai honoured the chief guest with a memento. Sreelakshmi of first year MBA gave feedback about the session. The session came to an end with a vote of thanks by Sabin Kumar first year MBA.